How will Virgin Voyages compare? 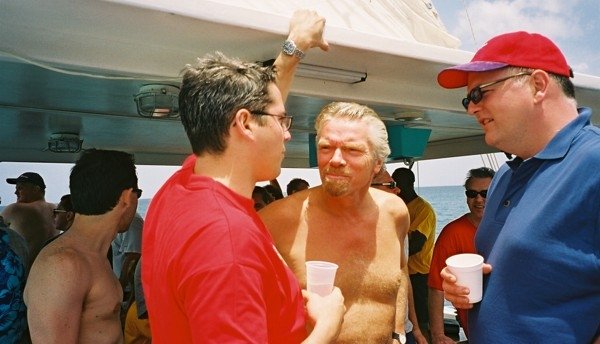 Hello Sailor! Virgin have launched their cruise brand and they are building three 2,700 passenger ships or should that be ‘sailor’ ships as Virgin’s first major change to the cruise industry is terminology. Passengers will become sailors and cruises will be known as voyages. The Cruise Checker takes a look at what the new brand may look like.

Sir Richard Branson has never been on a cruise. To be fair, at 66, with 50% of the UK market over 65, he may have just become a ripe prospect. However, while he would not go on a cruise, he would fancy going on a ‘voyage’? So already we can see Virgin will be working hard to talk about cruise in a different way and no doubt attract a different audience who, like Sir Richard, who have never thought about cruising.

No doubt the branding and marketing will be first class. The heart of the Virgin brand has always been fun, youth and entertainment whether simply serving ice cream during the movie on Virgin Atlantic or driving a tank down 5th Avenue in New York and blowing up a Coca-Cola sign for PR. Virgin’s positioning has always been as a challenger brand to champion customer service, lower prices or indeed fun in industry sectors that are dominated by one or a handful of major players such as British Airways transatlantic routes or as mentioned, carbonated drinks - Pepsi and Coca-Cola.

It’s difficult to see how those values will translate to success within the cruise sector. The industry is extremely competitive with many prices lower than 10 years ago and cruises offering greater value than many land holidays. Customer Service is outstanding. However, it is possible to see how the youthful exuberance of the Virgin brand embodied by Sir Richard himself may help people to see cruises through a new lens. Now that can only be good for the sector but we should not forget that brands such as Royal Caribbean are already having great success attracting a new younger audience – their average age has dropped by 7 years or more.

No details have been released by Virgin Voyages around the ‘onboard product’ but no doubt there will be some great PR stories. Whatever the amenities and facilities, the UK market still make their decision to cruise around key factors such as Destination, Date and Departure point and it’s increasingly difficult to be innovative around these areas notably with large ships – and at 2,700 passengers, that is what Virgin Voyages are building. People, the crew, are very important to the cruise experience and always have been to a brand such as Virgin Atlantic whose cabin crew have been very different to those employed by their arch-rivals British Airways. It will be interesting to see how Virgin Voyages goes about recruitment. Most cruise lines have Asian crew offering discreet service with a smile which may not be in keeping with Virgin’s brand values.

Virgin Voyages claim to be bold, romantic, glamorous and stylish so what will the experience be like? The Cruise Checker will try and hazard a guess. Perhaps they will take fun from the Carnival brand, the innovation from Royal Caribbean, some style and adventure from Celebrity and the freestyle concept from Norwegian Cruise Lines. Whatever the experience, there is no doubt that a brand such as Virgin will help grow the cruise industry when its first ship sails in 2020.